Frank Bruggeman was approached by someone who had seen his shard vases and was asked if he could make something with a few blow-ups of Lucie Rie. The famous British potter had never had the courage to throw these blow-ups away and neither had the person who had obtained them from her. Bruggeman did something very radical: he decided to fragment the blow-ups even further and then mounted the shards on a birch trunk. This resulted in an object with an organic appearance. It was donated to the Museum Boijmans Van Beuningen that has a remarkable collection of vases and bowls of Lucie Rie in its collection. 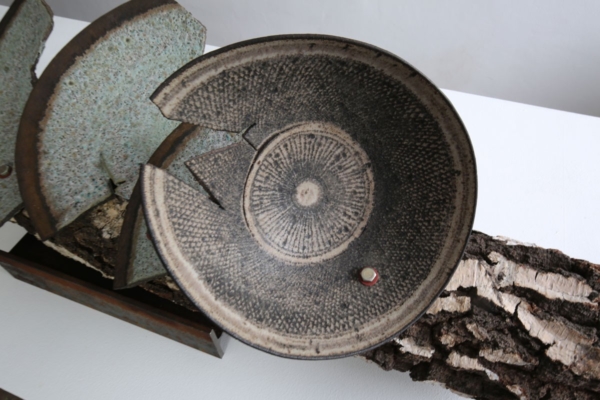